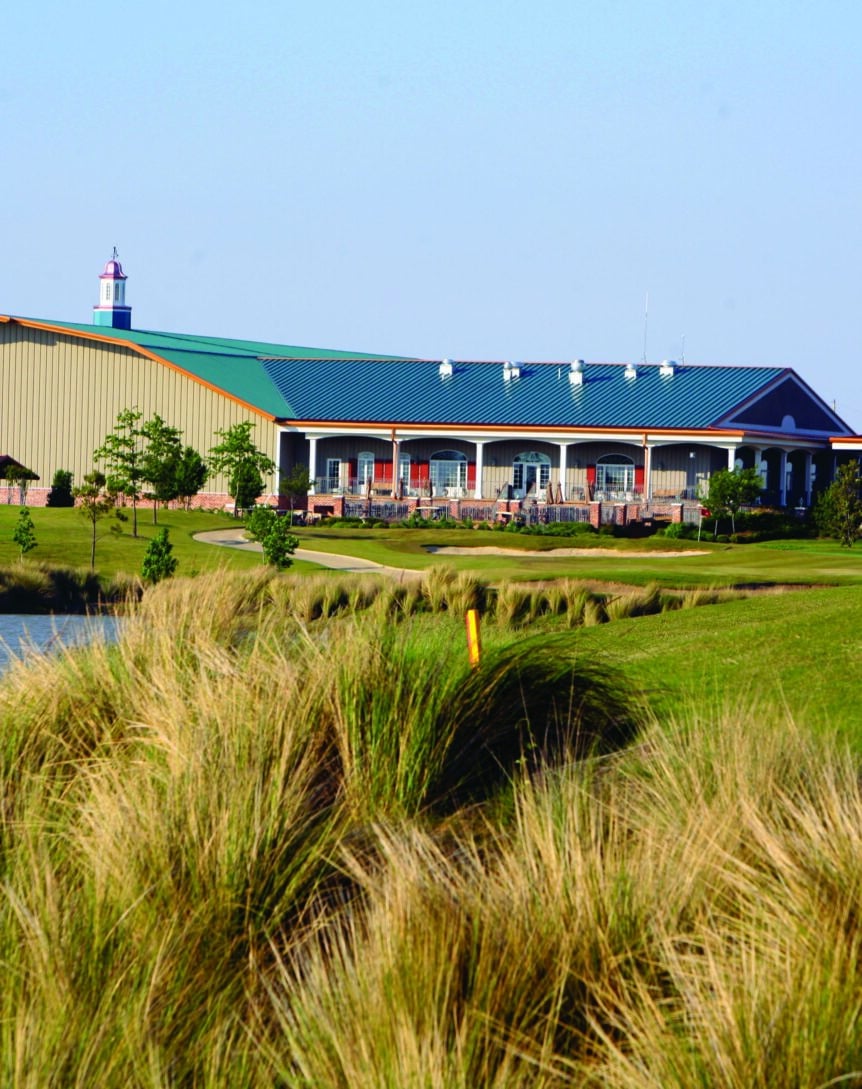 Over 130 players from eight chapters ventured from parts all over to Tunica
National Golf and Tennis in Mississippi to compete over two days in our first
major of the season. Conditions on Saturday were fantastic with sunshine
and temperatures in the 80s. Sunday was a different story with rain and wind
and temps in the upper 60s. The tournament committee decided after
Saturday’s round to switch from tee times to a shotgun start in an effort to
get the tournament to a conclusion. We were not able to avoid getting wet,
but we were able to decide five champions.

In Division 1, Memphis Chapter’s David Apperson, Birmingham’s Dana
Amberson and Ed McDugle from Memphis were tied after round one at +2
74. On Sunday, Apperson (74-72-146) fired and even-par 72 and finished with
a two-day total of 146 to win by three strokes. National Chapter Owner, Matt
Minder (77-72-149), also posted and even-par round to climb in to a second-
place tie and won in a scorecard playoff over Brandon Gurley from Memphis
(76-73-149).

In Division 2, Tom McMurdy from the Memphis Chapter and Tim Miller from
the Birmingham Chapter were tied after Saturday’s round with +2 74. Not far
behind was Memphis Chapter’s Russell Cook at +3 and Birmingham’s Jordan
Jones at +6. On Sunday, Tom and Tim battled back-and-forth all round,
swapping the lead a couple of times. On their second-to-last hole, Miller
birdies the par-5 14th and coupled with a bogey by McMurdy, Tim took a one-
stroke lead in to their final hole, the par 4 15th. McMurdy (74-78-152) was able
to bounce back and finish his round with par on 15 to win by one stroke as
Miller (74-79-153) made double. Jordan Jones (78-79-155) from Birmingham
consistent play earned him a third-place finish and Billy Davis (79-77-156)
from St. Louis takes home fourth place.

In Division 3, the play was tight and the competition fierce as nine players
were all within five strokes of the lead after Sunday’s round. Mike Penn from
the Nashville Chapter (79-83-162) garnered the one-stroke over John Hipp (81-
82-163) after trading the lead throughout the round. Mike played his last six
holes (holes 6-11) in two-over par while Hipp was three-over par in the same
stretch. George Domit (83-82-165) from the Birmingham Chapter finishes in
third place. Birmingham Chapter owner, Russ Donaldson (83-84-167), takes
fourth place and David Foshee (82-87-169) from the Memphis Chapter comes
in fifth place.

In Division 4, it was another battle to the final putt dropping on Sunday.
Twelve players were within five shots of the lead after Saturday’s round with
Ken Pieczonka (84-98-182) leading the way by one stroke over Birmingham
Chapter’s Rob Holtzclaw (85-85-170) and Memphis Chapter’s Andy Gregory
(85-91-176). On Sunday, Mark Rigby (88-81-169) from the Birmingham Chapter
posted the best round in the division by four strokes to surge to the head of
the pack and edge our Holtzclaw for win by one stroke. Memphis Chapter’s
Tim Western (86-85-171) finishes two-strokes back in third place while Danny
Daniel (88-87-175) from the Birmingham Chapter takes fourth place.

In Division 5, eleven players finished Saturday’s round within five strokes over
the lead. Vince Vaghela (90-87-177) from the Memphis Chapter was head-of-
the-class leading by two strokes over David McDow (92-92-184) and Jim
Seibert (92-94-186). On Sunday, Vaghela put the pedal-to-the-metal to post
the low round in division five to win by seven strokes! Jerry Miller from St.
Louis Chapter battled back to finish in a second-place tie with McDow and
won the second-place gift card in a scorecard playoff. Seibert was able to
hang on to a fourth-place finish.

From all of the Chapter owners from the Music City, Memphis, Birmingham
and St. Louis, we THANK you for making our event a successful one!