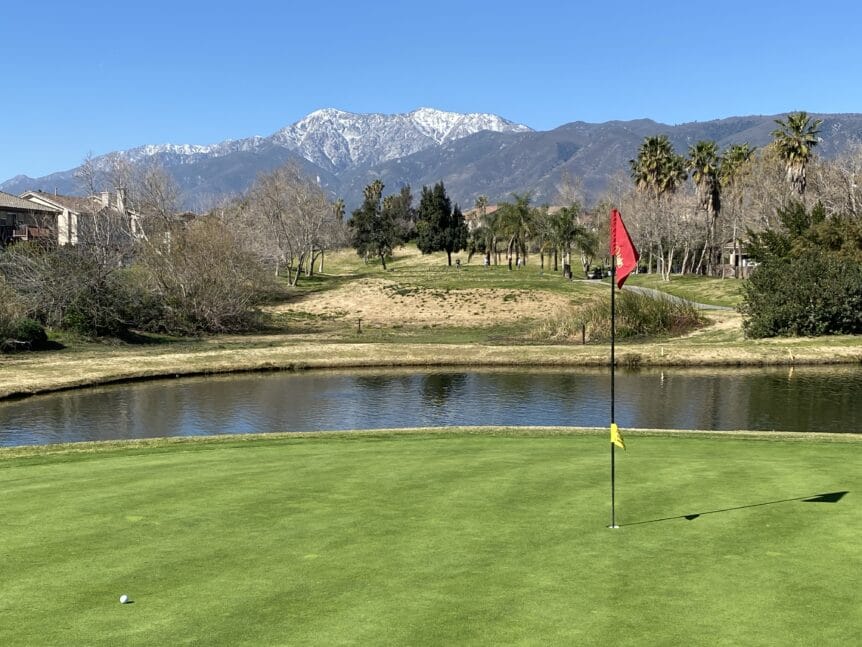 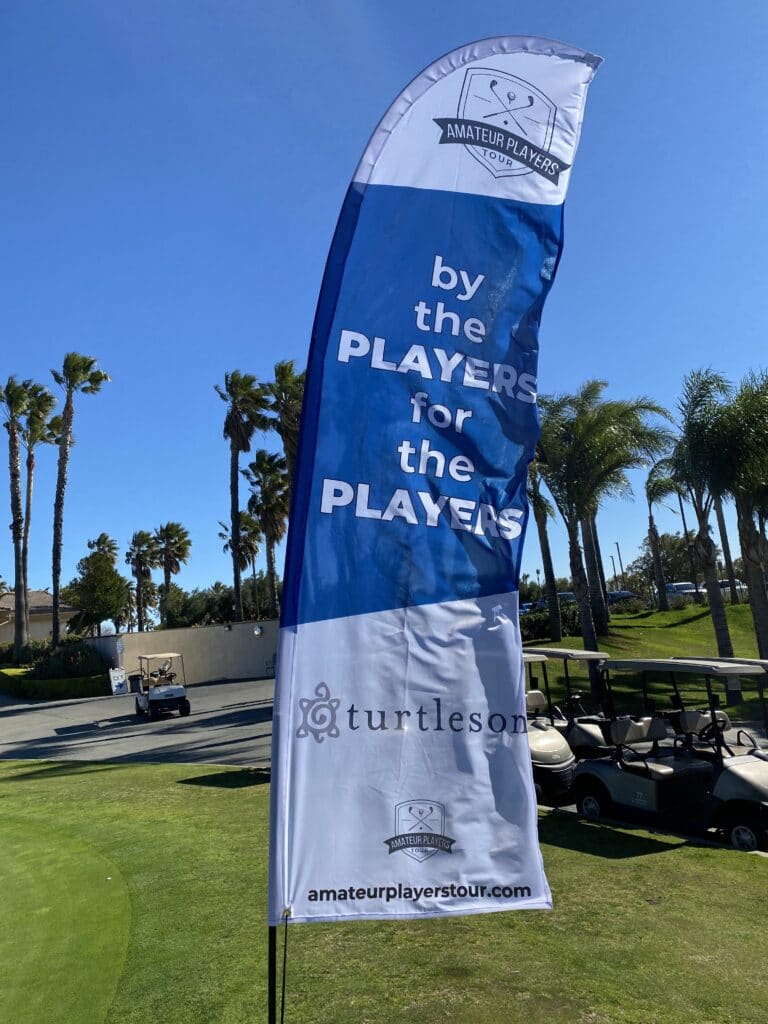 Forty three players kicked off the inaugural season of the Amateur Players Tour in Southern California at Sierra Lakes in Fontana, CA. While we may have been stuck behind the glacially slow Mickey Mouse Club (not kidding), the rest of the day was phenomenal with 72 degree weather, moderate winds, and some outstanding golf.

In Division 1, it was a tight race with all players within one shot with 6 holes to play. Reigning D1 POY Jonathan Minkoff put his foot on the accelerator and went birdie-eagle on 14 and 15 to claim victory over National Director Matt Minder (St. Louis). Both shot a stellar 34 on the back 9!

Jeff Clifford (Rocky Mountain) made the decision late in the week to drive down from Salt Lake City, and he will be driving the 15 back with some extra hardware after a birdie-eagle finish! Jeff and Thong Nguyen were tied through 16 before Jeff's 2-3. He takes home the commemorative signed football and a $150 Visa Gift Card.

Timothy Bias was three back of Jose Perez's 38 at the turn, and he thought a triple at 14 may have ended his chances, but he bounced right back with a birdie on 15 and played the last 4 holes even par to grab a one shot win over Jose and two other players at 83- Mark Amman (Rocky Mountain) and Julian Vo. Julian took the tiebreaker for the 2nd place Visa Gift Card.

When Adam Horton first started playing tournament golf back in St. Louis several years ago, he couldn't break 100. He has worked very hard on his game and made steady improvement since then, including some low 80's last year. Saturday, he broke through and fired a career-low 76 which included 4 birdies and won by 7 over a trio at 83! He also earned the first promotion of the season, playing in Division 3 for his next event- congrats to Adam!

The ultimate in tournament golf is standing on the 18th tee with a chance to win. Three players were tied at the top in Division 5: Fred Eggins, Dennis McZeal, and Nancy Lindsay. Fred (a former Alabama Crimson Tide basketball player repping his team colors!) took that one step further and birdied the par 5 to finish at 87 and a 1 shot victory over Dennis and 3 over Nancy!

Thank you all for coming out to play yesterday! If you have Venmo, check your account for skins money, if you do not, you will have a cash envelope to pick up at the next event.

The Tour now moves to Arroyo Trabuco Golf Club in Mission Viejo, CA for the Mission Viejo Amateur on February 21st- we hope to see you there playing for the Winter Rain trophy and APT logoed Visa Gift Cards!

Help us spread the word and earn some discounts for yourself. If you refer a new member who joins and plays an event, you will receive a coupon for $25 off your next event! If you're not sure about joining just yet but want to play a tournament as a guest, we would love to have you! (*You must be a member to win the trophy in your division.)

If you haven't downloaded our app yet, do so now for free from the Apple App Store or Google Play Store! All events will feature LIVE SCORING through the app. 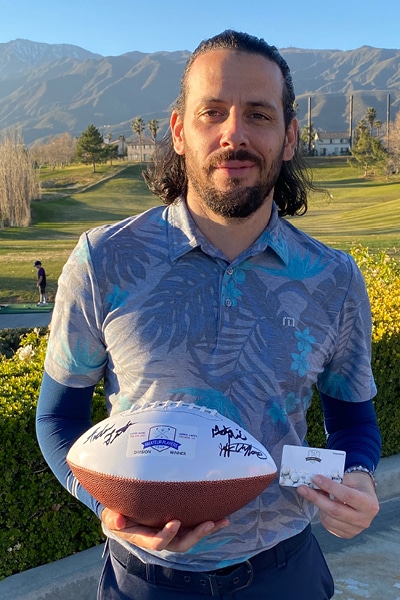 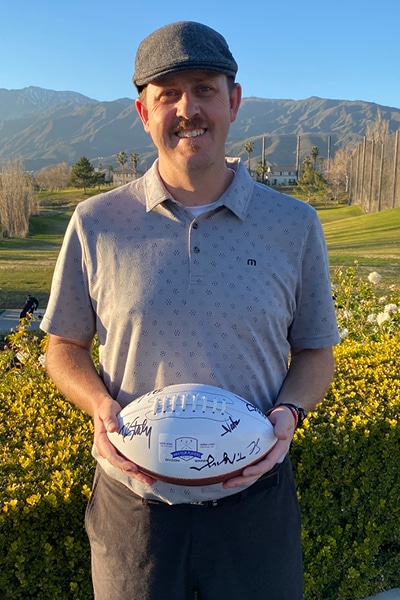 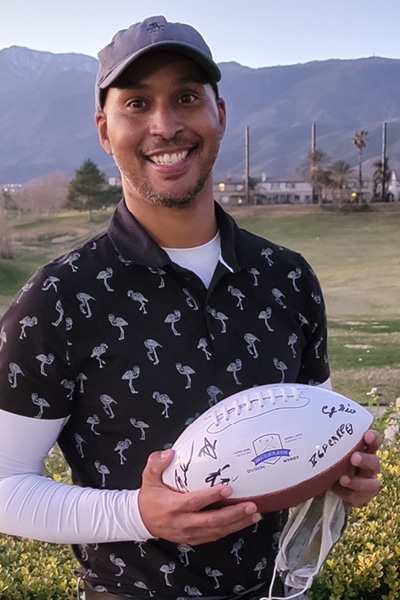 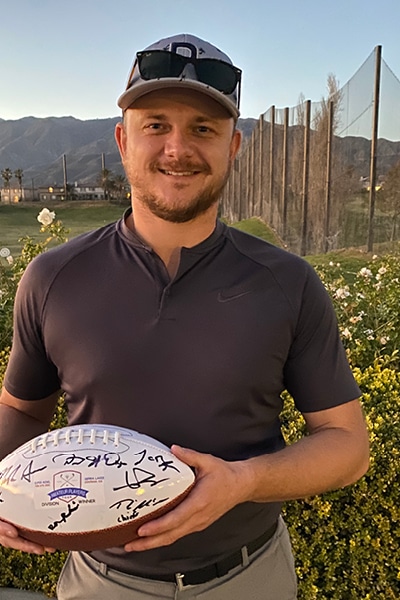 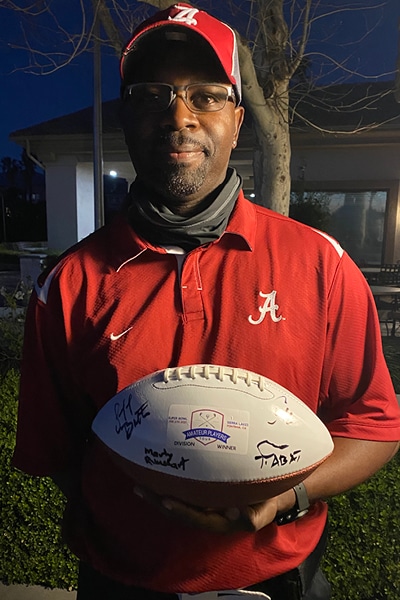